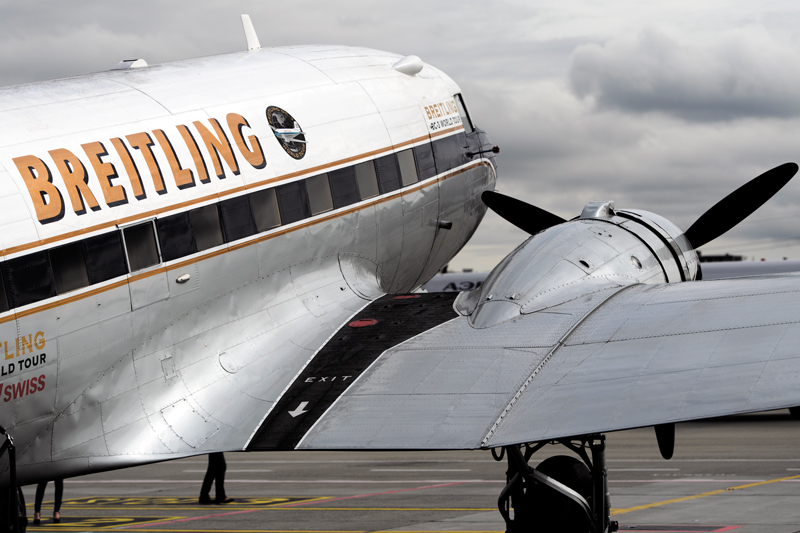 Seventy-seven years to the day since its first flight, the Breitling DC-3 has kicked off the great journey that it will be undertaking right around the planet between March and September 2017. A new accomplishment for this legendary airplane that has marked the history of aviation forever.

On March 9th 1940, the twin-engine propeller-driven Douglas DC-3 that now flies under Breitling colors made its maiden flight in the United States. Three days later, it was delivered to American Airlines. Hired out to the army from 1942 to 1944, it was subsequently used by various North American companies. Bought back in 2008 by pilot Francisco Agullo and a group of friends with Breitling’s support, and then restored, this veteran in perfect flying condition has since taken part in many aeronautical shows as well as events held by the brand. 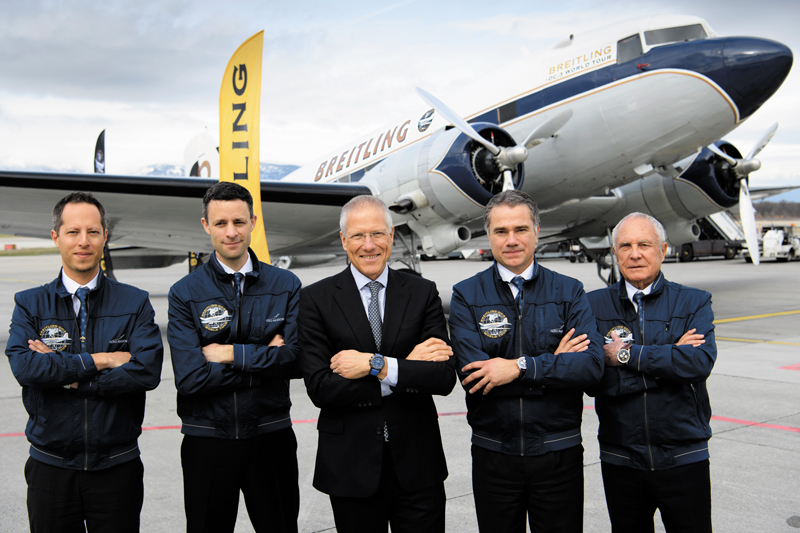 In 2017, Breitling has decided to launch its DC-3 on a great world tour in stages punctuated with various events and participations in airshows. The “Breitling DC-3 World Tour” officially kicked off at a dedicated press conference held in Geneva on March 9th. Francisco Agullo presented the project along with the program. Jean-Paul Girardin, Vice-President of Breitling, mentioned the role of the brand in this great adventure and unveiled the 500-piece limited edition Navitimer Breitling DC-3 that was taken aboard the airplane to accompany it on its world tour – and which will be put on sale in the fall with a certificate signed by the captain. The pilots will also wear examples of this specially engraved chronograph throughout the journey. Participants in the press conference later gathered on the tarmac at Geneva airport to visit the plane, prior to leaving the team to put the final touches to preparations for takeoff. 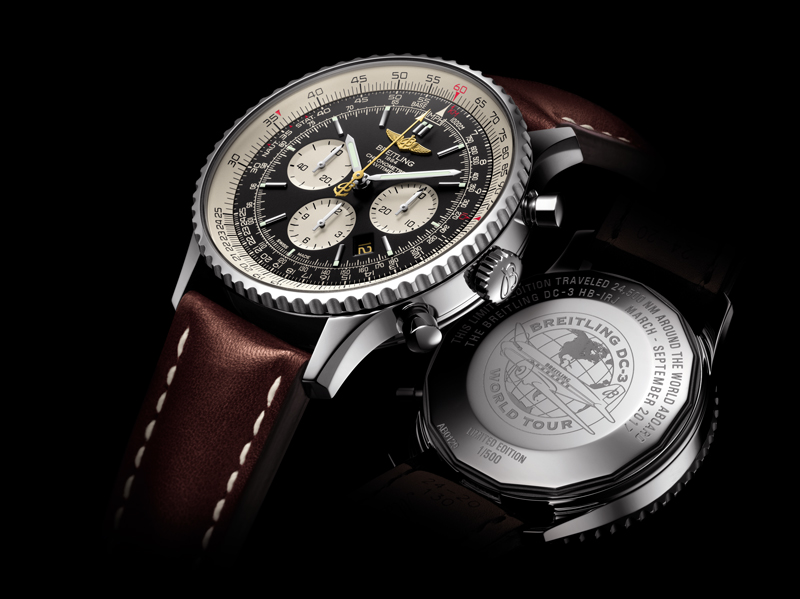 After the Balkans, the Breitling DC-3 will head for the Middle East and India, followed by South East Asia, China and Japan, where it has received a special invitation to take part in the Iwakuni “Friendship Day Air Show”. It will then cross the ocean to begin a grand tour of the United States, prior to returning to Europe via Greenland and Iceland and completing its journey in September at the Breitling Sion Airshow 2017 in Switzerland. At 77 years old, the Breitling DC-3 is the oldest airplane to undertake a round the world tour and this new claim to fame will be one more to add to the already long list of its achievements. 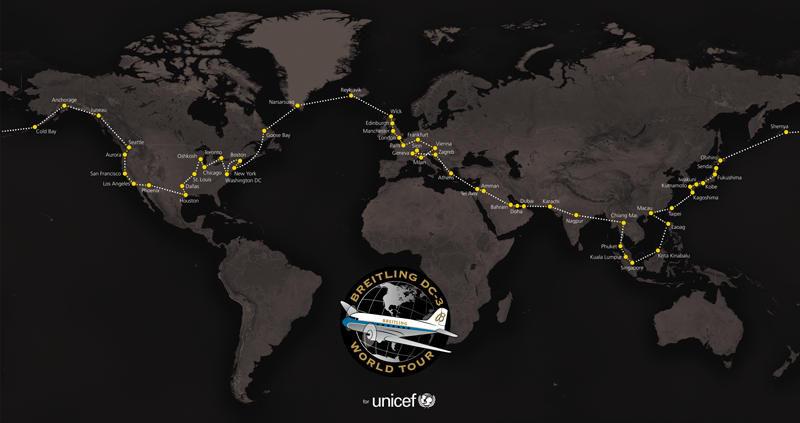 Breitling’s objective in organizing the Breitling DC-3 World Tour is once again to share its passion for aeronautics with a vast audience around the globe.

The Bay of Spirits Gallery has been promoting Indigenous art for over 25 years in the heart of Canada’s cultural capital.