In an age of cultural reckoning, Canada has found itself face to face with the horrors of its flawed and often forgotten history.  Our malicious treatment of Indigenous communities is a scar we conceal in a thin veil of jingoism and vanity—often casting ourselves as the world’s polite, proper and steadfast pillar of reason and virtue. But the national discourse on Indigenous people has risen to the top of our patriotic concerns, and on September 30th of 2021, Canada observed its ​​first National Day for Truth and Reconciliation. Pageantry in the face of atrocity, but a step towards much-needed reconciliation.

Canada’s Governor General Mary May Simon, the first Indigenous person to hold the role, noted of our challenges that,

“This pain has been felt from generation to generation, and it continues today.

These are uncomfortable truths, and often hard to accept. But the truth also unites us as a nation, brings us together to dispel anger and despair, and embrace justice, harmony and trust instead.

Reconciliation is a way of life, continuous, with no end date. It is learning from our lived experiences and understanding one another. It is creating the necessary space for us to heal. It is planting seeds of hope and respect so that our garden blooms for our children.”

Art and culture are crucial contributors to the peace and reconciliation processes in a post-conflict society, and the works of Indigenous artists—past and present—are being held up as a lens through which reconciliation can be recognized and magnified. The Bay of Spirits Gallery has been promoting Indigenous art for over 25 years in the heart of Canada’s cultural capital. As one of Canada’s preeminent art galleries, Bay of Spirits boasts the works of both established and up-and-coming Indigenous artists such as Norval Morrisseau, Daphne Odjig, Carl Ray, and hundreds of others.

Bay of Spirits Gallery’s Veronica Adetuyi has seen the evolution and revolution of Indigenous art in her two decades at the gallery. While in the early days of her work with the community in Toronto, more than eighty percent of the Indigenous artists being promoted in Toronto had west coast associations. The late-90s saw a rise in interest and celebration of artists beyond Professional Native Indian Artists Incorporation (PNIAI, known as the Indian Group of Seven) and Ontario-based First Nations artists.

As for art and reconciliation with our history and this moment, Adetuyi notes, “artists are always incorporating the stories of their people” into their art, the difference now is that Canadians have become acutely “aware of the truths” of our past and are “appreciating the contributions of Indigenous artists.” So, as with most issues within this conversation, the work is being done, but now the awareness is on the rise.

“Toronto needs to step up [and Canada] needs to start showcasing Indigenous art,” Adetuyi adds in discussing the need for more promotion of Indigenous artists and their work, wondering aloud why Toronto doesn’t have a state-funded museum dedicated to the community. “It’s very important that the Indigenous community sees their art on the wall.”

As Métis Nation writer of Indigenous stories, Cherie Dimaline, wrote of our reclining in her 2017 novel The Marrow Thieves, “We go to the schools and they leach the dreams from where our ancestors hid them, in the honeycombs of slushy marrow buried in our bones. And us? Well, we join our ancestors, hoping we left enough dreams behind for the next generation to stumble across.” The dreams of the First Nations appear in the work of its artists, and it is our newborn purpose to stumble across as many as we can.

Floyd Kuptana was an Inuvialuk artist whose work and presence were prominent at Bay of Spirits Gallery. Born in a remote and disparate corner of the Northwest Territories, Kuptana was inspired and apprenticed by his artist cousins, Francis Ruben and Abraham Anghik Ruben, as well as Bill Nasogaluak and David Ruben Piqtoukun. By the early 90s, he was producing his own work, work of which Métis Nation of Ontario classical singer and writer Robyn Grant-Moran celebrated as “basing his imagery on traditional Inuit beliefs and lore, with common themes of transformation and struggle. Quite simply, he made beautiful monsters, though his work was anything but simple.”

Kuptana was known as a charismatic and gifted artist, who passed away in May of this year at just 57 years old. Though his life was short, the work he leaves behind speaks loudly, boastfully, to a life of struggle and its own reconciliation evident in his striking sculptures and paintings. Richard D. Mohr, professor emeritus of Philosophy and Classics at the University of Illinois Urbana-Champaign, called Kuptana “Canada’s Basquiat” and is a noted scholar of the artist’s work. As he wrote in a 2017 article Kolaj, a journal of contemporary collage, on Kuptana’s work, his

“spookiest use of collage is to cut out detailed facial features and make them appear to shine forth from within skulls which imprison them, and of these the most rattling have collaged eyes set on far less detailed acrylic grounds. The juxtaposition rouses textural pop and visual whiplash, while suspending the viewer over a bottomless crevasse of unease.”

His work is filled with tension and confrontation, in particular with the oppression of the dominant white culture, as Mohr notes,

“He tweakingly appropriates white folks’ popular culture, their distinctive ideas (like universal surveillance — an inukshuk comes to life as a panoptic guard tower), their social forms (like gender bending–the head and legs of the Creature from the Black Lagoon bracket a one-piece bathing suit to form a gender sandwich), and their art movements.”

Kuptana left behind a legacy of work and engagement with his community that will be felt for generations, in the artists inspired by him and those moved by their own engagement with his work. As Grant-Moran notes, “He was so much more than a gifted artist to them: he was a complex and cherished friend and community member who lived life on his own terms […] laughing, and transforming his demons into art.”

Jay Bell Redbird was an Ojibway painter and member of Wikwemikong, an unceded Indigenous reserve on Manitoulin Island in Northern Ontario. The son of a painter, poet and writer, Dr. Duke Redbird, the self-taught artist’s work confronted its subjects with bold, bright colours and stunning engagements with Indigenous transitions and mythology.

Redbird’s work considered the connection of mind, body and spirit, and he prescribed the Teachings of the Seven Grandfathers: Wisdom, Love, Respect, Bravery, Honesty, Humility, and Truth. “He would explain all of the lines that means to follow the good road, that always has obstacles, but there are never ever closures, there’s always a way around,” his partner and artist Halina Stopyra marveled upon his sudden and unexpected passing in 2019. “Each time you encounter an obstacle, it’s a lesson.”

Redbird said of his work,

“I paint from my heart and soul, viewing Aboriginal people through their life ways as they once lived, and as they strive to continue to live as loving, caring and peaceful people. The teachings and stories I learn flow to the canvas expressing ideas and images through my detailed woodlands style of art, a style that I connect with as part of my history passed down from generation to generation. I paint legends and dreams, which bring to life the animal spirits and all of Creation.”

Redbird was a champion of his community, ensuring to spend equal time mentoring it as contributing work to it. That community defied borders, literal and figurative, and he touched all those who he met or who met his work. 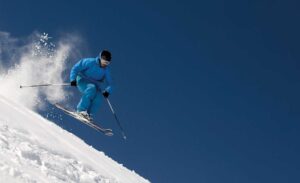